Stars and Rabbit mark the release of their latest album On Different Days by taking you back to where it began. In 'Live from Jakarta', Elda Suryani (lead vocals, melodica) and Didit Saad (guitar, backing vocals) perform a selection of songs from their latest offering in the living room right where those tunes were born. 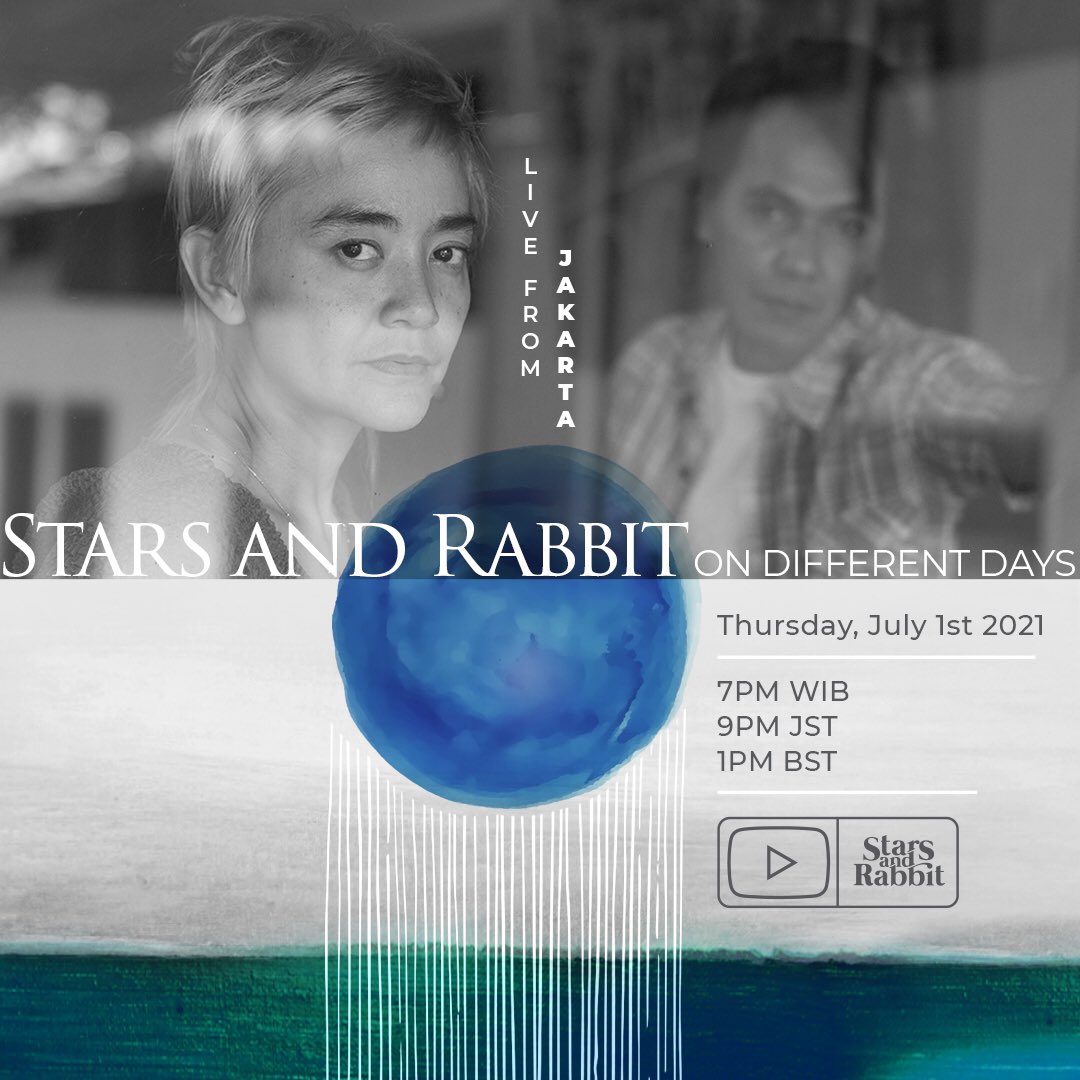 The situation in Jakarta with the delta variant is very serious, because the pandemic was growing in severity we decided to take a pre-record of the live session the other week as a backup.

Bolstered by Andi Irfanto on drums and Adam Armynhatta on bass, it doesn’t get more intimate than this as you witness Stars and Rabbit breathing life into the On Different Days repertoire, including the singles “Merry Alone” and “Pretty Anticipated”. Such is the raw and unguarded nature of this showcase, you may even catch a false start or two.

“Ideally we would've come to your city and played in front of you and hugged it all out on you,” says Elda. “Until then, on different days like these, we're still going to play for you and hug you, coming live from another world through a screen in front of you.”

So sit back and enjoy as Stars and Rabbit bring their living room right to your living room, or wherever you feel most comfortable watching this stream.

The video will still have an interactive live feel and Elda and Didit will be online to chat with their fans, we thank you for your understanding in this difficult time.